Similarly to month-old human infants, baby chicks (and other animal species) discriminate sets on the basis of the number of items. They discriminate between small numbers 2 vs. 3 as well as between large numbers 4 vs. 12 or 6 vs. 9, nevertheless they fail in discriminating 3 vs. 4 identical objects. Such limitation has been considered the key-signature for the system in charge of processing small numbers (the Object File System).

We wondered whether adding to each object individually distinctive features, allowing for individual processing, would improve chicks’ performance in the critical 3vs.4 discrimination.

The experiment and the results 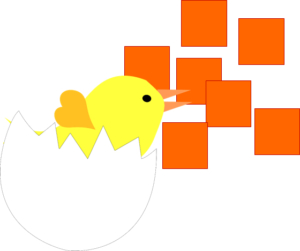 To test arithmetic abilities in day-old chicks we exploited their tendency to develop a social attachment toward the stimuli they are reared with. We reared chicks with seven objects.

After some hours they show clear signs of social attachment: chicks stand close to them, follow them if they move and look for them if they disappeared.

At test, each chick was initially confined in a transparent box from there it could see two identical panels, one on the left and one on the right side. Objects identical to those experienced during rearing were presented one at a time and disappeared behind either panel. 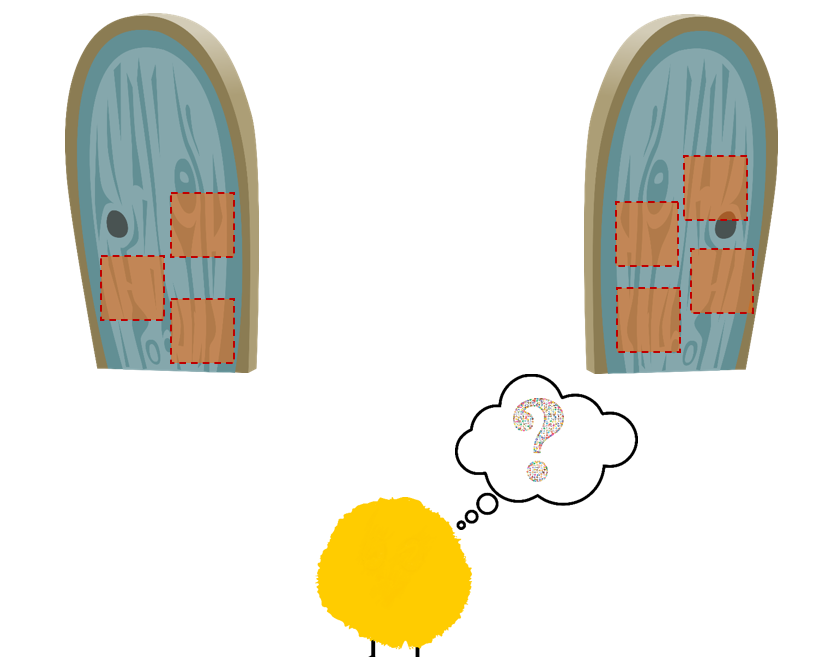 When objects were all identical, as expected, chicks performed at chance.2

iIn the remaining experiments, objects were different by their internal features. Chicks succeeded when the features were differently oriented segments.

Chicks failed when features were arranged so as to depict individually different face-like displays. 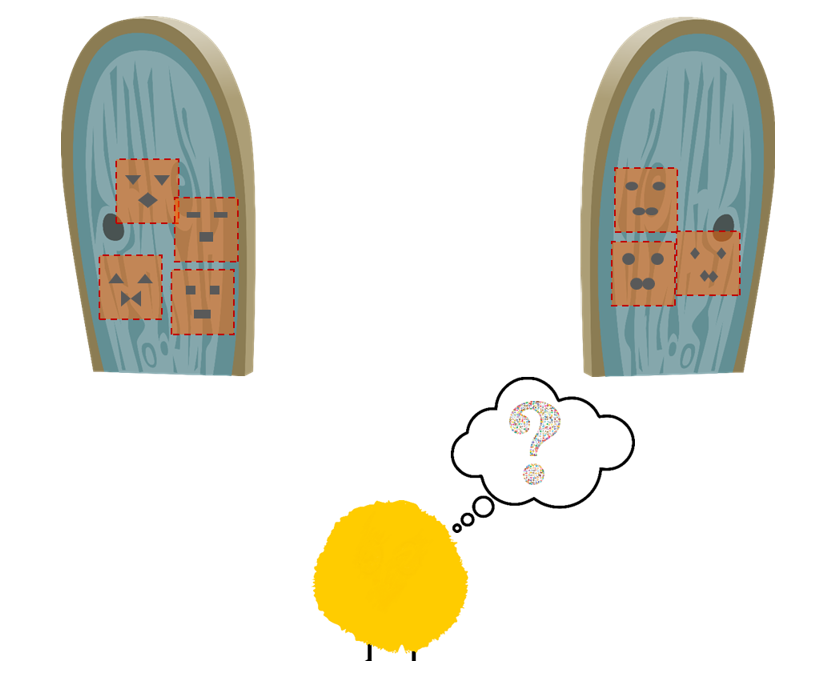 We hypothesized that category processing might have obscured processing of the individually different features characterizing each “face”. Is it really the face-like stimuli that make the task harder? By simply turning the faces upside-down we disrupted configured facial processing. We used the same face-like stimuli but rotated by 180˚. Chicks discriminated 3vs.4 inverted faces.

The success with inverted faces and the failure with upright ones, led us to conclude that it is not a stimuli’s complexity that explain our data.

The presence of features affects objects counting, favoring it solely when objects were characterized by features that do not resemble faces.

Middle identification for rhesus monkeys is influenced by number but not ex...

How monkeys count to get the middle
Scroll to top