In recent decades, a wide amount of studies have shown that animals master different numerical tasks ranging from numerical discrimination, ordinality to simple arithmetic. Nevertheless, the investigation of middleness concept, which requires the identification of the middle item in a series of identical items, are sparse.

The goal of this study was to explore if monkeys can learn the abstract concept of middle and if they can apply it to novel item and numbers.

The experiment and the results

We designed a video game for monkeys where they can earn a candy by selecting the middle dot in a horizontal row of three dots. In an initial phase, to make monkeys understand which the “good” item was, we differentiated the dots’ appearance: only the middle dot was solid red, while the lateral ones presented a white cue.

At test, monkeys chose the middle dot even if the dots were all solid red and appeared at new locations on the screen. Monkeys continued to select the middle item, also when these were of a new color and more spaced apart; indicating that they did not rely on visual items’ appearance and on the absolute distance of the middle item from either end of the series.

Nevertheless, all these rows comprised three items, thus it was still possible that monkeys used an absolute numerical cue and not a middle one, since the middle item in a row of three always was the second from either side. To disentangle between the use of absolute –the second- or a more abstract strategies, we increased the number of dots to seven. 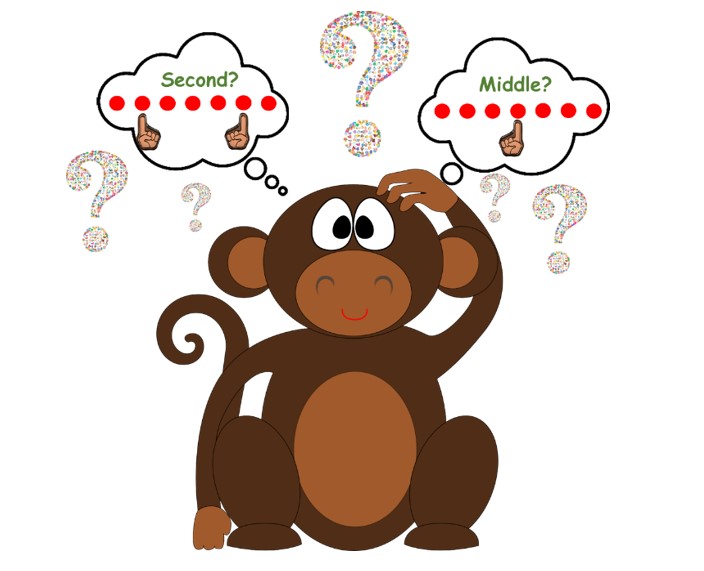 Monkeys selected the middle item and neglected the second ones, proving that they applied a middle strategy and not an absolute numerical one. 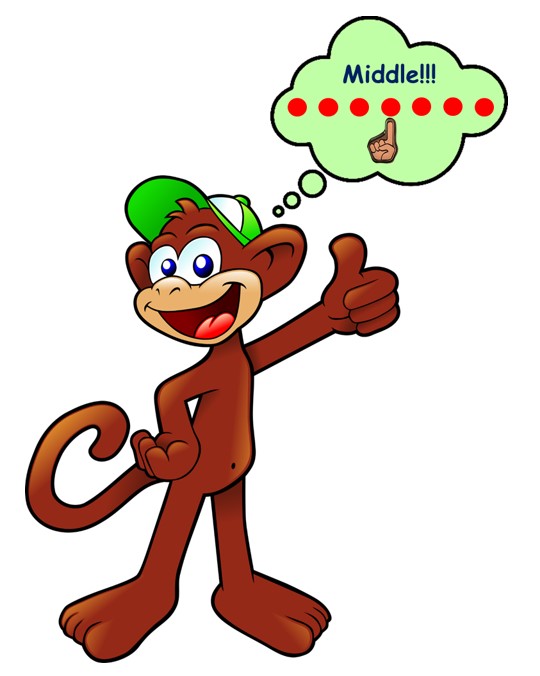 Monkeys can spontaneously extrapolate geometric relationships and flexibly use them to novel and larger series. Interestingly enough, we found that the number of items – but not the overall length of the row, affects monkeys’ accuracy. The decrease of accuracy as the number increases is a clear “signature” of a reasoning based on the “number sense”, indicating that monkeys count the number of items on either side to identify the middle one. We are now working to directly prove how numbers affect middle identification on monkeys.

How to make chicks count with a single hemisphere