I was a visiting researcher at the Centre for Avian Cognition at Saskatchewan University in Canada, and at the Center for Cognitive Neuroscience at Duke University, North Carolina, USA, and the Psychology Department, University Potsdam, Germany.

In my research activity, to deepen knowledge about ontogenetic and phylogenetic evolution of numerical cognition, I designed new paradigms to investigate cognitive abilities in species as diverse as fish, monkeys, frogs, nutcrackers, adult and newborn humans; but the animal model I mainly used is the domestic chick.

My research activity has been funded by:

Doctoral research grant from the Fondazione CARIPARO: “At the roots of the number competence. Meta-Analysis of the literature on the different animal species and an experimental contribution to the understanding of rudimental numerical abilities in an animal model, the young domestic chick (Gallus gallus)”, for 36 months.

The development of my research interest

My interest in animal numerical cognition arose when I was an undergraduate student. I was attending the Professor Mario Zanforlin’s animal cognition course. In his lectures, we discussed several cognitive and perceptual abilities from a comparative perspective. At that time, the early 21st century, I was surprised to notice how sparse studies on animal numerical abilities were. Also in our text, Altre Menti, by Prof. Giorgio Vallortigara, his chapter dedicated to numerical abilities was brief compared to his other sections, which were comprehensive and detailed. I started reading scientific literature on animal numerical competence and, to my astonishment, I noticed all studies were on adult and usually over-trained animals. Questions grew in my mind. How early can animals employ numerical cues? Is training or long life experience needed to develop numerical abilities? At that time, I had just begun my first experiment with animals by studying working memory in day-old chicks. In these experiments, chicks, after being reared with an artificial social companion of a red plastic ball, were able to remember where an object had disappeared for up to three minutes. I was impressed by chicks’ motivation in looking for their social companion. I wondered whether a similar rearing experience could be used to test numerical abilities. I therefore asked my supervisor Professor Lucia Regolin whether it could be possible for me to run extra experiments on numerical discrimination — fortunately she agreed. For the following years, I worked every day in our laboratory and my passion drew daily every day.

In our first long series of experiments, we showed that after a simple exposure to artificial objects, chicks discriminated between different numbers of social companions. Interestingly enough, 3-day-old chicks used numerical cues in absence of any numerical training, indicating numerical information is early usable by very naïve ‘minds’. I was astonished by these results and happily, I focused my doctoral research on this topic, trying to design new paradigms to understand how sophisticated chicks’ numerical comprehension is.

Early on, we exploited chicks’ preference for a larger group of artificial social companions to test arithmetic abilities. Again, we reared chicks with a group of identical objects, for example five, then at test these objects were presented one at a time. Then three objects disappeared behind a panel and two objects behind another. Chicks circumnavigated the panel hiding the larger group, indicating they created a representation for both groups, by adding an element to the other one. We then compared these representations to retrieve the larger one! Further research showed chicks mastered arithmetic calculation involving larger numbers, such as 6 versus 9 or 5 versus 10. Yet, they failed with a 3 versus 4 comparison, even if the use of cognitive strategies, such as grouping, timing or object individuation, enhance calculation.

In a different series of experiments, we investigated whether chicks could use numerical/ordinal information to navigate their environment while looking for food. Chicks initially learned to find food only in a container in a series of identical ones. For example when the fourth one contained food. Chicks non-solely learned this task in a few hours, but when we modified the spacing between the containers, they did not rely on spatial cues such as distance, but on numerical cues, indicating chicks ‘count’. A natural follow-up to this study was to understand the direction of counting. In other words, we wondered, do birds count from left to right?

We trained chicks to identify a target element in a sagittal oriented series and then rotated the series 90 degrees. This way, there were two ‘correct’ containers; one on their left and one on their right. Chicks, and later nutcrackers and rhesus monkeys, selected the fourth container on their left, almost neglecting the one on their right; a behavior which resembles human tendency to count from left to right. These results increased my curiosity of spatial numerical association origin.

In our recent paper published in Science, we demonstrate that newborn domestic chicks show context-dependent spatial-numerical association. Chicks learned to find food behind a panel positioned in the center of an apparatus, and depicting a certain number of elements, for example five. When chicks faced two panels in two new locations, one on their left and one on their right side, both depicting the same number of items; when the number was smaller, 2 versus 2, they chose the panel on their left — when the number was larger, 8 versus 8, they chose the right-hand panel. Intriguingly, chicks trained with 20 elements, during an 8 versus 8 test, circumnavigated to the right-hand panel. Thus spatial numerical association is not absolute — but relative. This implies that from a bird’s perspective, a number is not large nor small per se; but, its magnitude is compared with a reference magnitude; the number experienced during their training, which functions as an anchor onto which future magnitudes are compared. These findings suggest chicks associate number onto space, showing that culture and language are unnecessary for this association to arise.

Doctorate in perception and psychophysics. Completed all the requirements for a Ph.D, publishing a thesis “At the roots of the number competence. Meta-Analysis of the literature on the different animal species and an experimental contribution to the understanding of rudimental numerical abilities in an animal model, the young domestic chick, Gallus gallus. Supervisor: Prof. Lucia Regolin.

Post-doctoral researcher. Behavioral asymmetries in the processing of space and number. A comparative investigation. Funded by a grant from UNIPD to Professor Regolin. Comparative Cognition Lab, UNIPD. 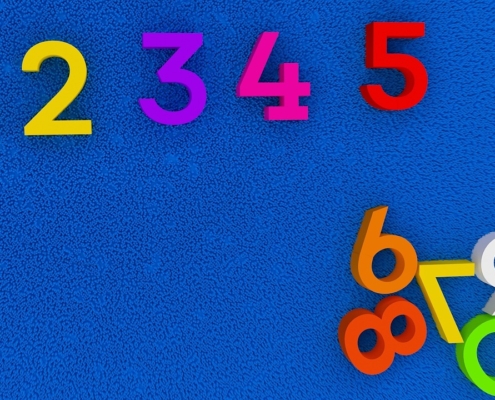 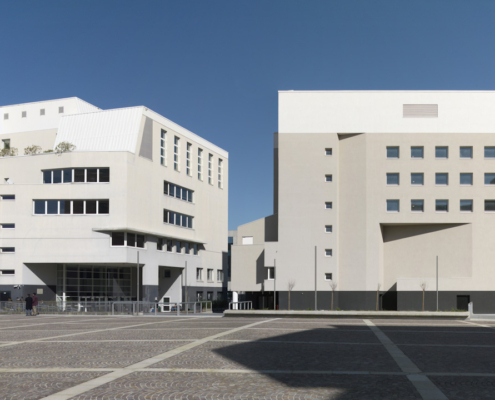